This week one evening I was watching one of our favorite regular shows on the BBC - Countryfile. It comes on Sunday night at 6 and it has a team of presenters that tell stories on animals, plants, restoration, environment, farming and history throughout England. It also does a weekly weather report at the very end of the show and it is watched not only by the farmers, but a mass audience because it is done so thorough. While I was fixing dinner, watching the show and a story really caught my attention. It was on faeries. (That is the British spelling!) 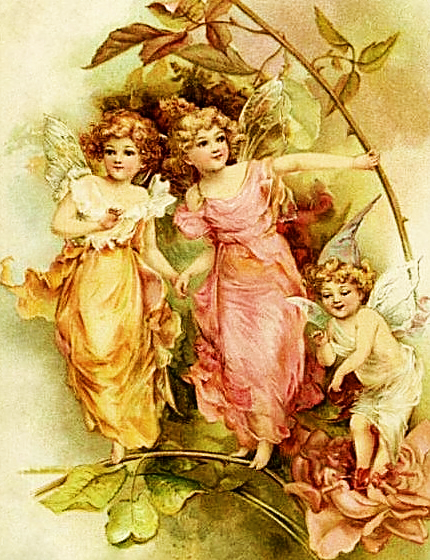 Remember last week when I showed you the pretty blue and white oval platter from the late 1800's that was a romantic scene by the river? When Devan and I were looking at that picture, we both commented about the little elf like people carrying up the picnic baskets to the two couples all ready lounging by the river.....admiring the verdure! Did you notice them? So, when the show began talking about faeries in this forest area in Devon, I was intrigued. Clicking in my ol' brain - late 1800's, Victorian, elf/faeries - I stopped my chopping and listened.

The presenter interviewed a woman in a magical forest while she played on a harp. The camera darted around as if magical creatures were peaking from moss covered rocks, sitting in trees and flickering behind them as well. The presenter begins by saying she thought only children believed in faeries, but the woman said in Victorian times the belief in faeries was an obsession. To the Victorian women, faeries represented everything women wanted to be - mostly free to do as their heart desired. The Industrial Revolution was happening and people were leaving the country for the cities, so there was nostalgia for the old folklore of the lands. 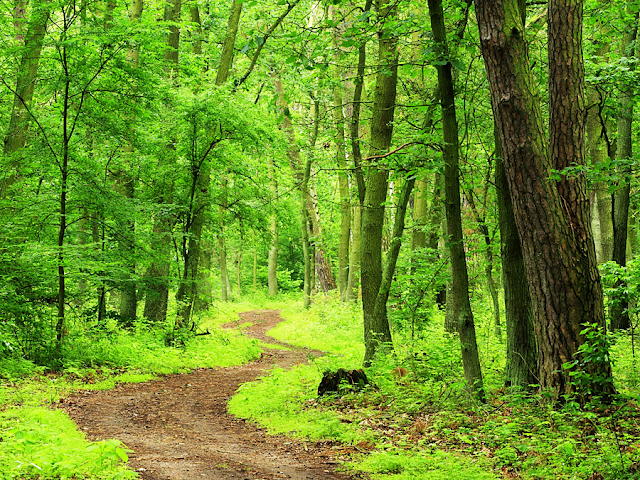 Once WWI came, the idea of faeries could not hold up to such a harsh reality as war.
I now will look at the pottery pieces intently looking for faeries to see if they are depicted more than just in that one piece I found. It truly is the stories behind these pieces that make you admire and love them all the more. 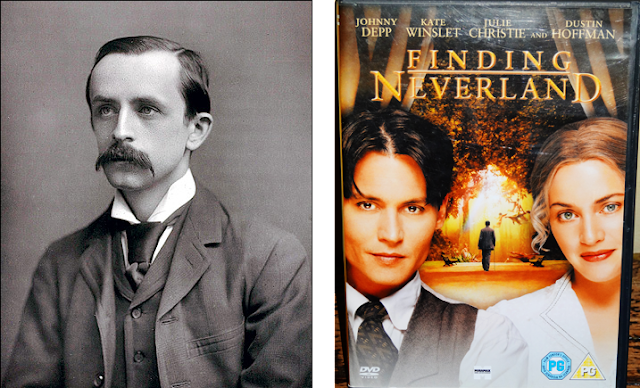 I just finished that little "bit" above in the blog and was asking Devan what else could I write to build on this idea of faeries in England.....and that young mind reminded me of a favorite movie of ours on the author James M. Barrie - Finding Neverland. James Barrie was from Scotland but his adult life he lived in London and wrote theatre and books.  Devan studied him and read Peter Pan for a high school English literature class and was reminding me he lived during the Victorian period as a young boy and wrote about faeries a lot and created the most famous faerie of all time - Peter Pan. At one point in the movie, James Barrie has created a play for his dear friend who is dying and Peter Pan in the play says "Do you believe in faeries? Say quick that you believe. If you believe, clap your hands!" I just got teary thinking of the end of this movie...I just want to keep clapping!

If you have not seen this movie, you should rent it. It is wonderful. 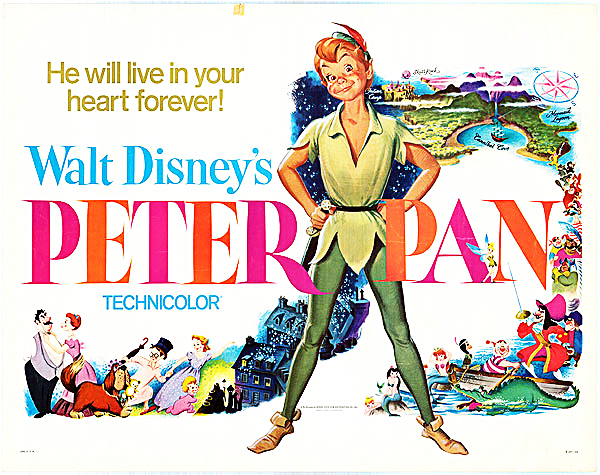 From faeries to reality.....wash to do before Dev leaves for London....I'll be clapping as I 'm doing the wash!! Summer time always seems to fly by to fast just like a faerie does, so it won't be long till we are in Santa Monica for the show July 28th....hope to see you there.

I've had a sneak preview of Jackie's Wing Back Chair-- can't wait for her to show it to you all!
Posted by Unknown at 1:25 PM