From Country Cottage to Urban Dwellers 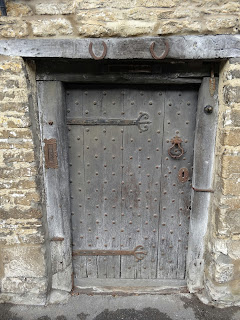 The last time I wrote I was tearfully saying good-byes in the U.S. and if I now tell you of my recent toils you are all going to think I am a constant blubbering fool! But it is necessary to get you up to London (yes, LONDON!) where Jim and I are now surviving! I say "surviving" only because we are in a studio apartment piled high with suitcases and boxes and without our dogs. But it is going to be O.K. because we are in London (!!!!!) and I'm planning to be out of the apartment ALOT! After just a few days in our apartment I now know why there are so many people on the side walks, in the coffee houses and museums, and relaxing in the parks......they all want to get out of their tinnie winnie apartments...... just like me. 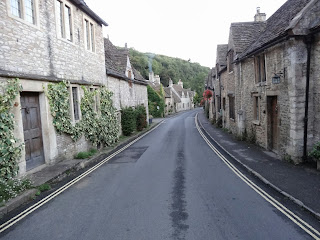 We sold our cottage in Castle Combe for many reasons, but mainly because Jim and I were separated Monday through Friday because he works in the city. Once Devan left for uni, it was hard on both of us being apart during the week. And the weekends flew by too fast. So, now we enter a transition phase that has us in Shad Thames/London by Tower Bridge and our two dogs on "vacation" at a kennel in Westerham - seriously this kennel is close to being  in dog heaven! Of course, I cried saying good-bye to friends and our cottage in Castle Combe and Jim cried saying good-bye to our dogs....to be honest, I did too, so yes, I am the constant blubbering fool! 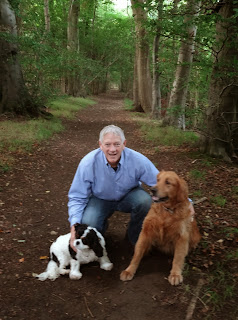 From the quiet countryside of the Cotswold area to masses of people, sky scrapers and a constant noise buzz in the air we have begun to get in to our city routine. I have never lived in a big city in my lifetime. Phoenix was the biggest, but it did not feel big because it sprawled for miles and the down town was always disappointing until the Diamondbacks came to the city. London is sprawling too, but it has quaint villages, nestled below towering corporate buildings, a fabulous river (Thames) 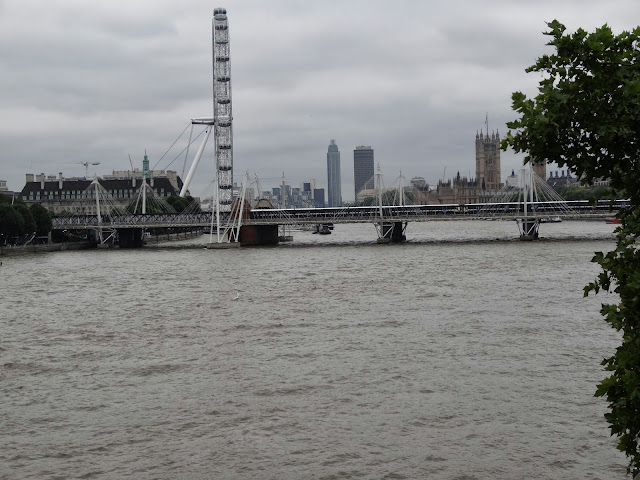 rambling along Westminster, The Eye, Tower Bridge and of course so many stunning old architectural buildings. It recently was voted the world's second favorite city behind New York City and it topped the list as the best city in Europe. So, I am pinching myself that I have this opportunity, for awhile, to live here.
Over the ten years we have lived in England we have come to London on day visits and a few weekends to Jim's apartment, but we always seemed to go to the same events and venues. Now, we can explore some new sites and areas. We went out this past weekend and had a great day with an unexpected surprise at the end. Our day started with our love for Farmer's Markets and there is the largest and most famous in London called Borough Market just a ten minute walk from our apartment. 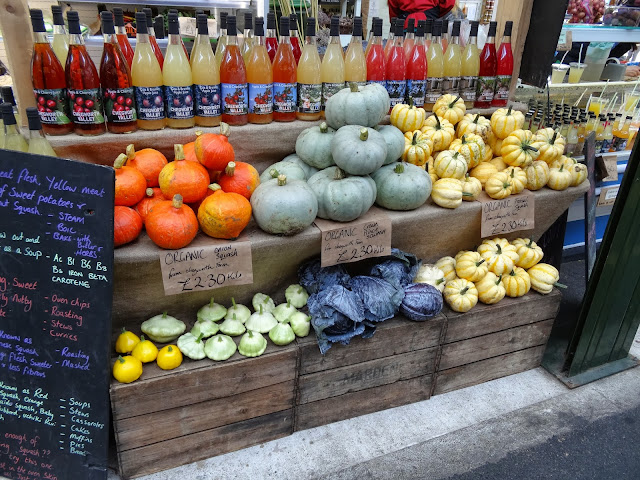 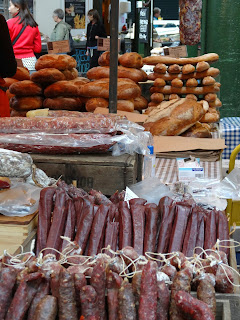 It is a gourmet destination for the eyes as well as the stomach. There are endless booths of European cheeses, butchers, fish mongers, salamis, olive oils, breads and seasonal fruits and vegetables. 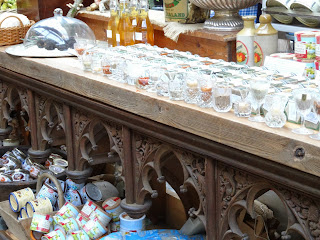 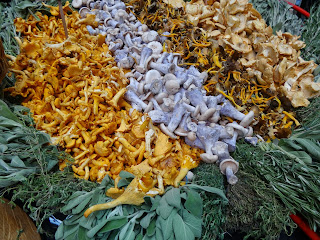 Mustards of  every flavour and fragrance with samples in antique crystal jars and set upon an antique alter.

Mushrooms, varieties I have only ever seen on the 'telly' oh what amazing recipes come to mind as you wander the stalls. 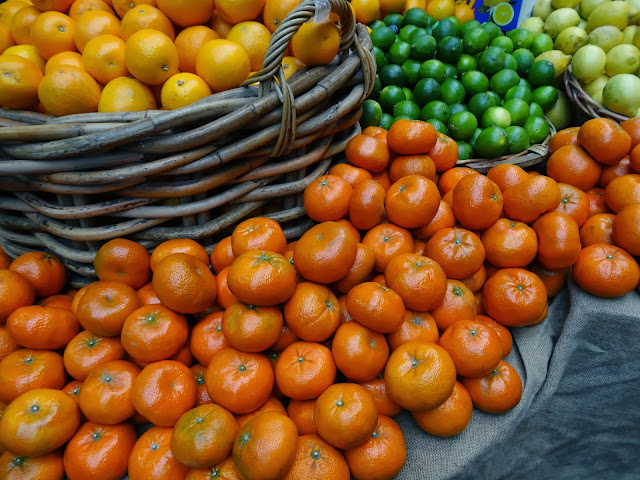 I found some oranges, lemons and tangerines in one booth coming from Israel!!! They were quite "dear" as the British say; meaning expensive. Seeing the citrus display made me think of Jackie's clever blog on Arcadia in Scottsdale and her new line featuring orange soaps, towels and honey. When we lived in Arcadia I remember all the oranges dropping and just laying around!  I bet in the 1920's every orange was "dear" to the grower in Scottsdale! We left with our bags filled with some cheeses from Switzerland, breads with green olives and tomatoes, rabbit and some venison to be adventurous with!!!

We attended church on Sunday at the Southwark Cathedral, right next to Borough Market. 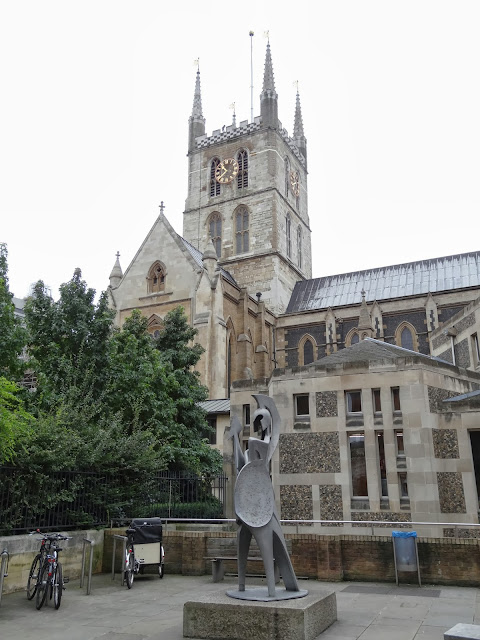 Its history goes back to 606 when a convent was established on the River Thames. It is one of the oldest churches in the City and it is gorgeous. We were warmly welcomed. The service was wonderful, being well attended, having an adult and children's choir in full robe that sounded first class and a precious baptism of a little boy named Dev. It truly is a holy place both ancient and current praising and worshipping God. 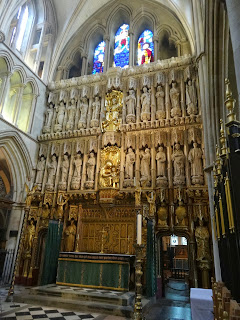 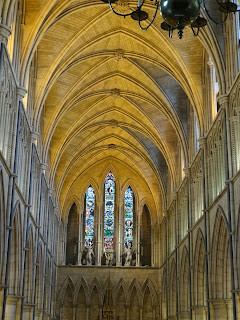 It was a blessing to both of us to sit for an hour and a half and get grounded in a parable by Jesus.

Recharged we rushed on to the home of Ben Franklin's near Trafalgar Square to be sorely disappointed that it was a two hour wait to get it......we'll go back another time and get there first thing in the morning! On to the National Gallery, which is floors of art collections and the bonus is it is FREE (well, no admission fee)! Always a treat to wander, but sadly they don't let you take any photos so I have nothing to show you.....so you'll just have to do a trip to London!!!

This is when our day got fun!!! We started to head down to the Thames to walk back on the North side of the river when Jim noticed hoardes of people lining the road along the Thames. This triggered that the British Tour Cycling race was happening and this race culminates with the champion of the world being crowned. Cycling is huge in Europe and Great Britain and we have the lead cyclist in the world Bradley Wiggins 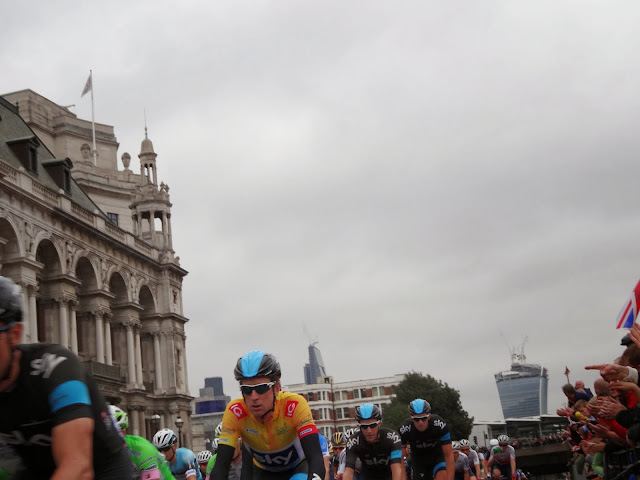 who won the Tour de France and several gold medals in the Olympics and he was riding for the crown to be number 1 in the world. The race was to start at Westminster and go to London Bridge right alongside the River Thames. The riders racing this course eight laps/eight times back and forth. We got there to see them race by on the first lap. It was so exciting. These bikers are flying (40 mph) 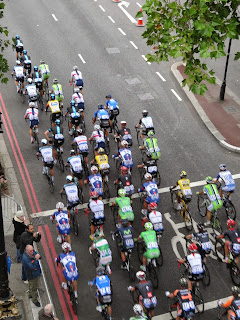 and they are only inches from one and other. Each lap took about ten minutes, so Jim and I would keep walking a long the Thames and then you would hear crowds beginning to clap and you would know the riders were approaching. We would then get over to the road and watch them whiz by again trying to spot Wiggins to see if he was in the lead. It was the most exciting eighty minutes watching this race. It was like the Olympics all over again with the streets lined with fans and Union Jack flags flying. When they flew by for the last time we were getting close to London Bridge and Wiggins was in sixth place. We immediately turned on the news when we got home to see how the race finished and Wiggins was crowned number one in the world after this race. Oh what an unexpected fun walk home!!!!

Now, I'm sorry this does not have much to do with the doings of FMF Compagnie in this blog, but I promise next time I'm going to explore an area called Shoreditch which I think will be inspirational to all of you out there who love vintage and antique stores and ideas. Our cottage was filled with some old treasures for FMF Compagnie and they are due to cross the pond in the coming weeks. Here are a few pictures of some of our new finds coming to Scottsdale. 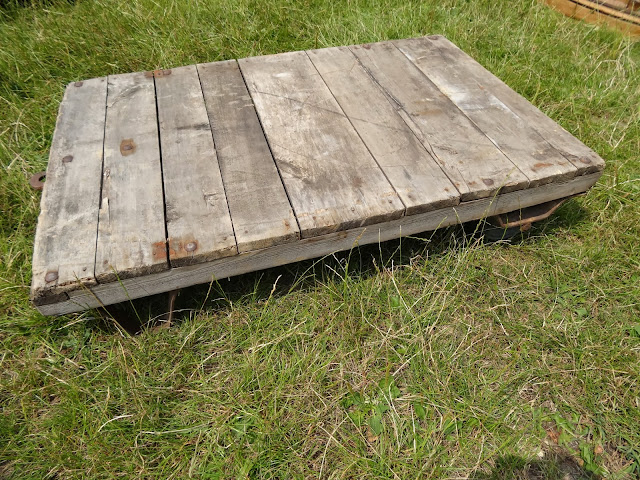 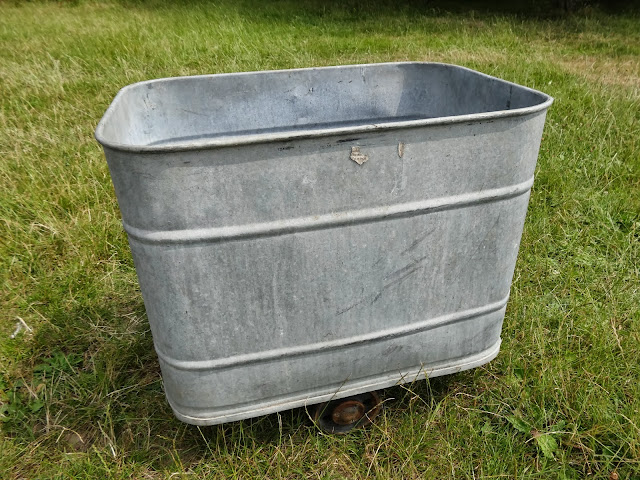 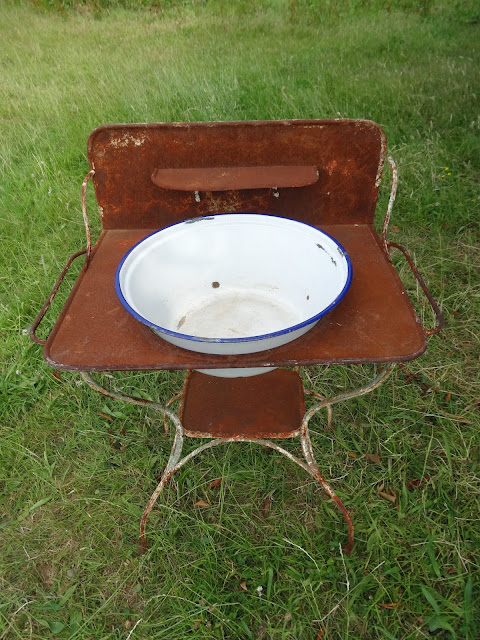 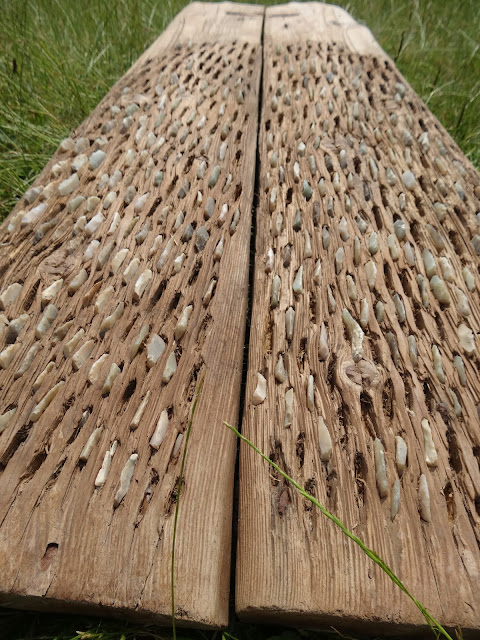 If you live in the Arcadia area, cycle to the fund raiser at Prince of Peace October 19th to see Jackie and her new collection of Arcadia Citrus products plus our antique collections.