Not another rainy weekend...

Yesterday, I read that 48 states in the US had snow somewhere within their boundaries. In England, we've been having buckets of rain and high winds and many southern counties have horrendous and extensive flooding.

One such weekend we visited Cambridge, the ultimate University Town, actually a collection of several colleges, which lies along the River Cam, about an hour north of London. Our day began leaving from Kings Cross station in London. 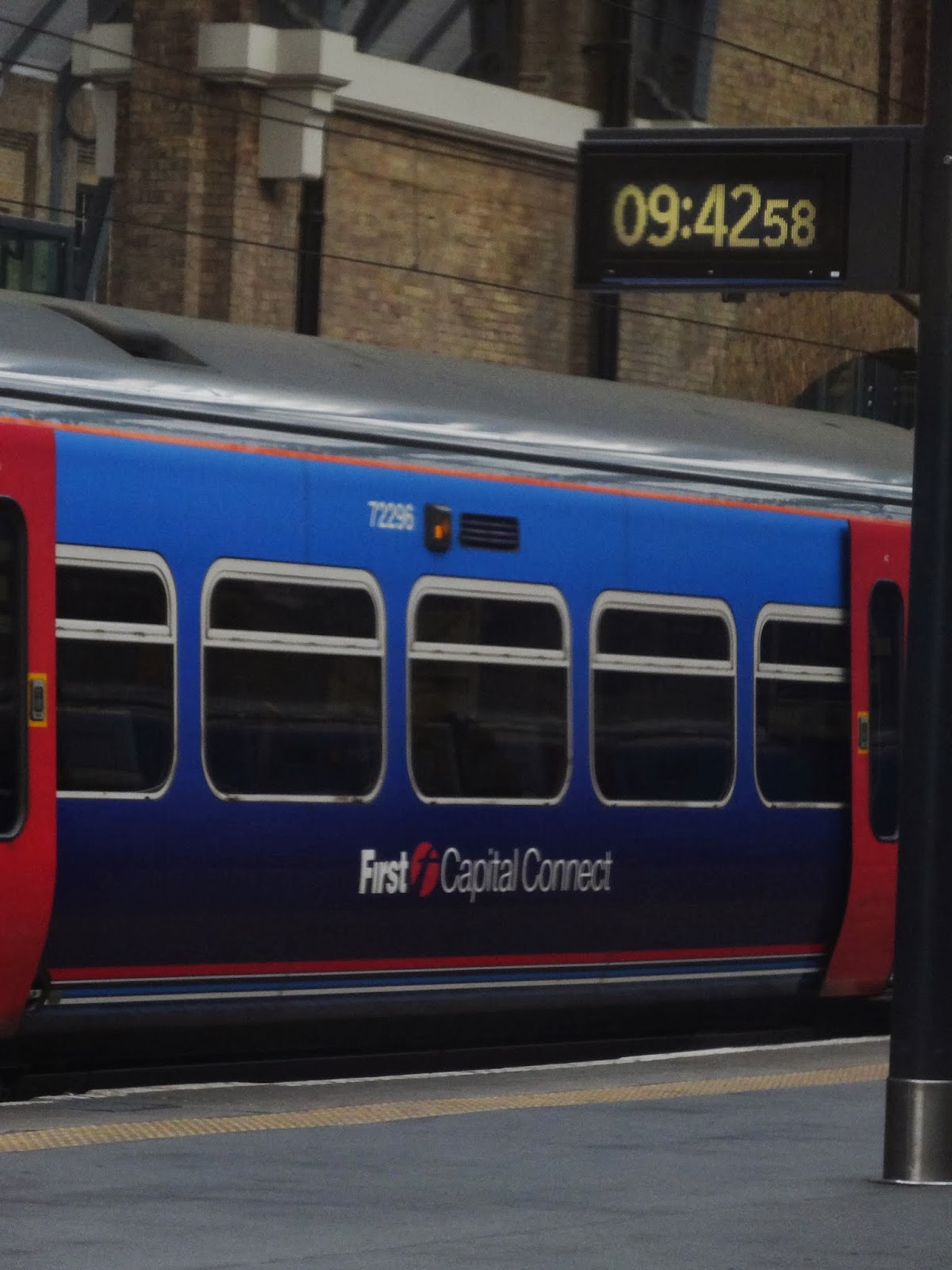 An hour later we arrived in Cambridge, founded in 1209... yes, over 800 years ago! As the Brits say, there is a large concentration of brilliant and clever minds in Cambridge and it has a bit of character. That cleverness was first evident with the naming of the town... across the River Cam was a Bridge... hence, Cambridge! 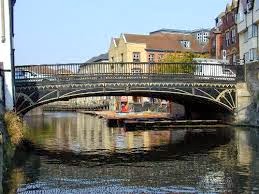 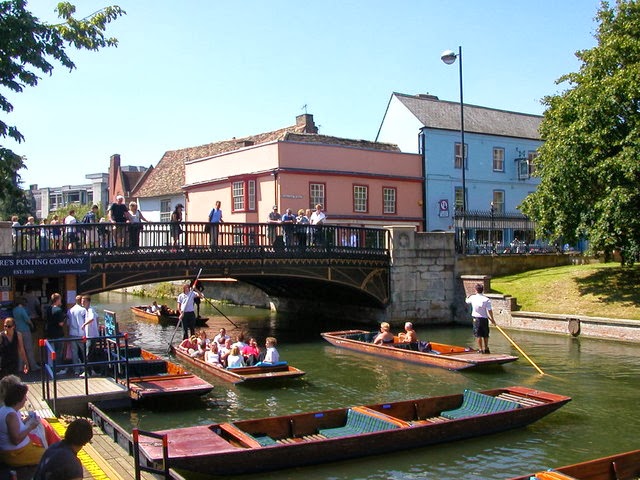 What a gorgeous town, filled with collegians every where on cobblestone paths, conversing in coffee houses and riding their bicycles. Bicycles and walking are 2 key modes of transportation as car flow is limited, as is parking. 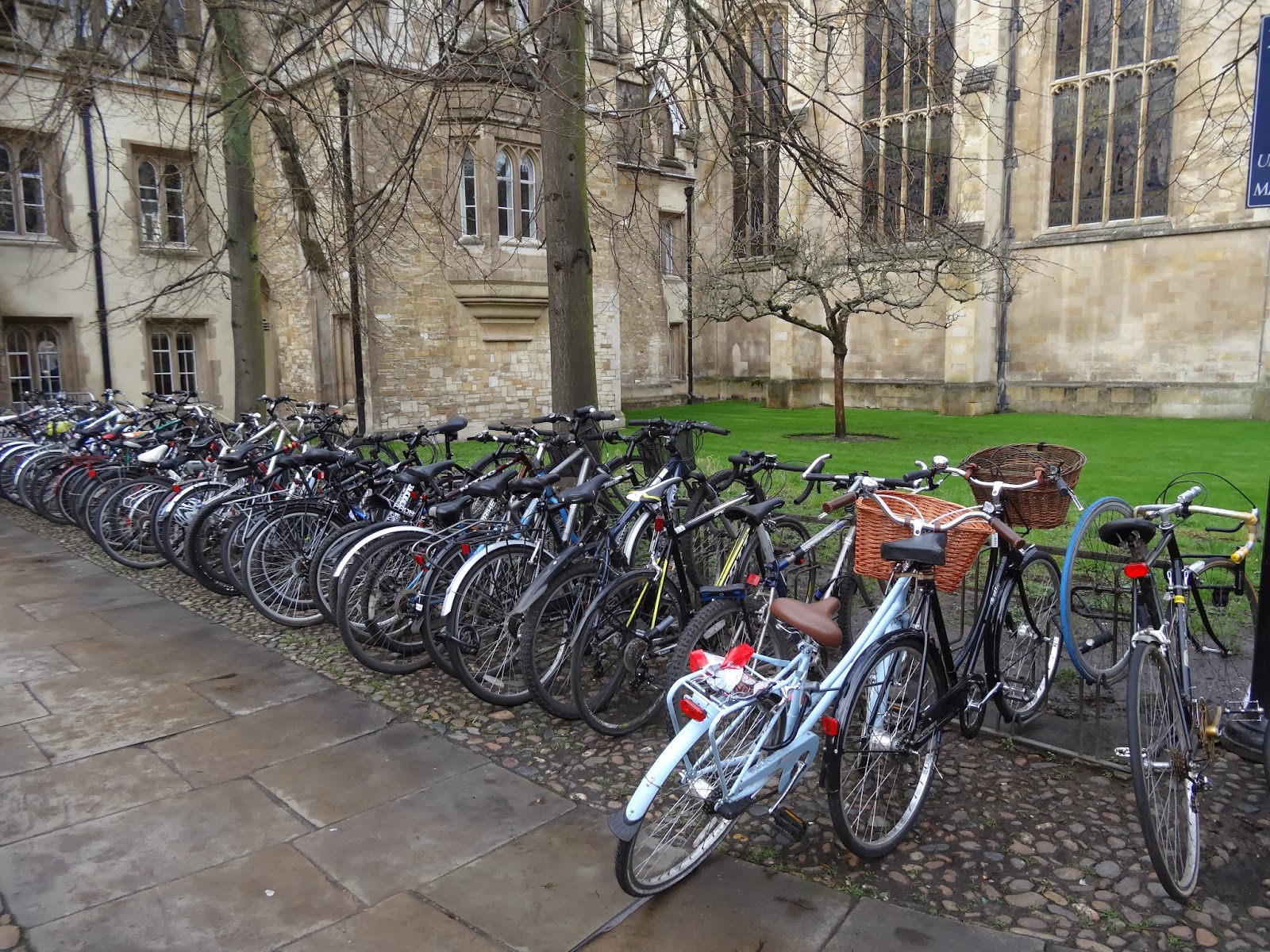 After a brief walk into the town, we thought that 'punting' would be a great way to start our visit. Despite what you may think, we weren't in a park kicking a ball around. Rather we were in a flat-bottom boat, with squared ends. We opted for a 'punter' who also was our guide... appropriately, his name was Noah! I said they are so clever. 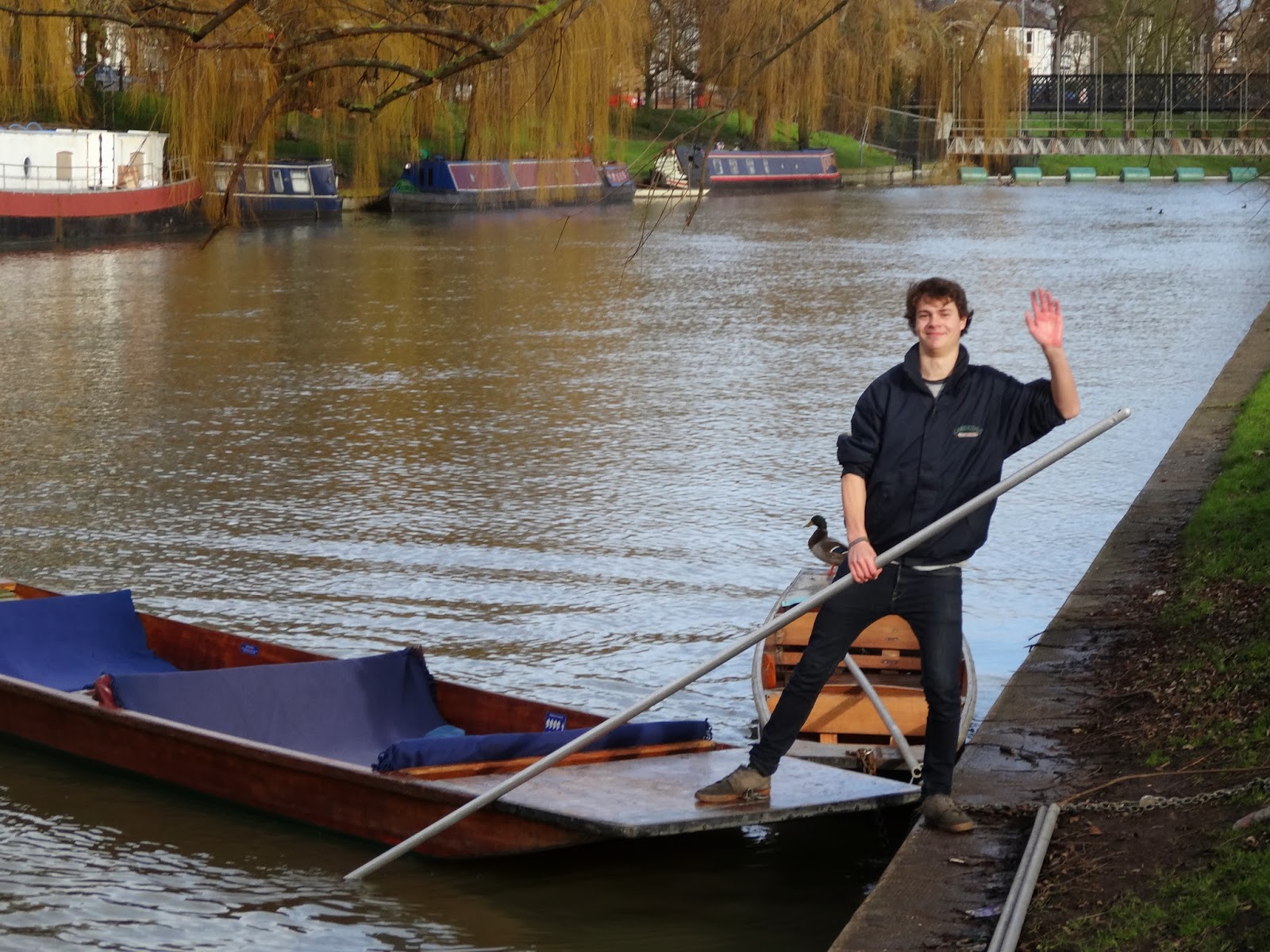 Noah shared the history and pointed out the best views. 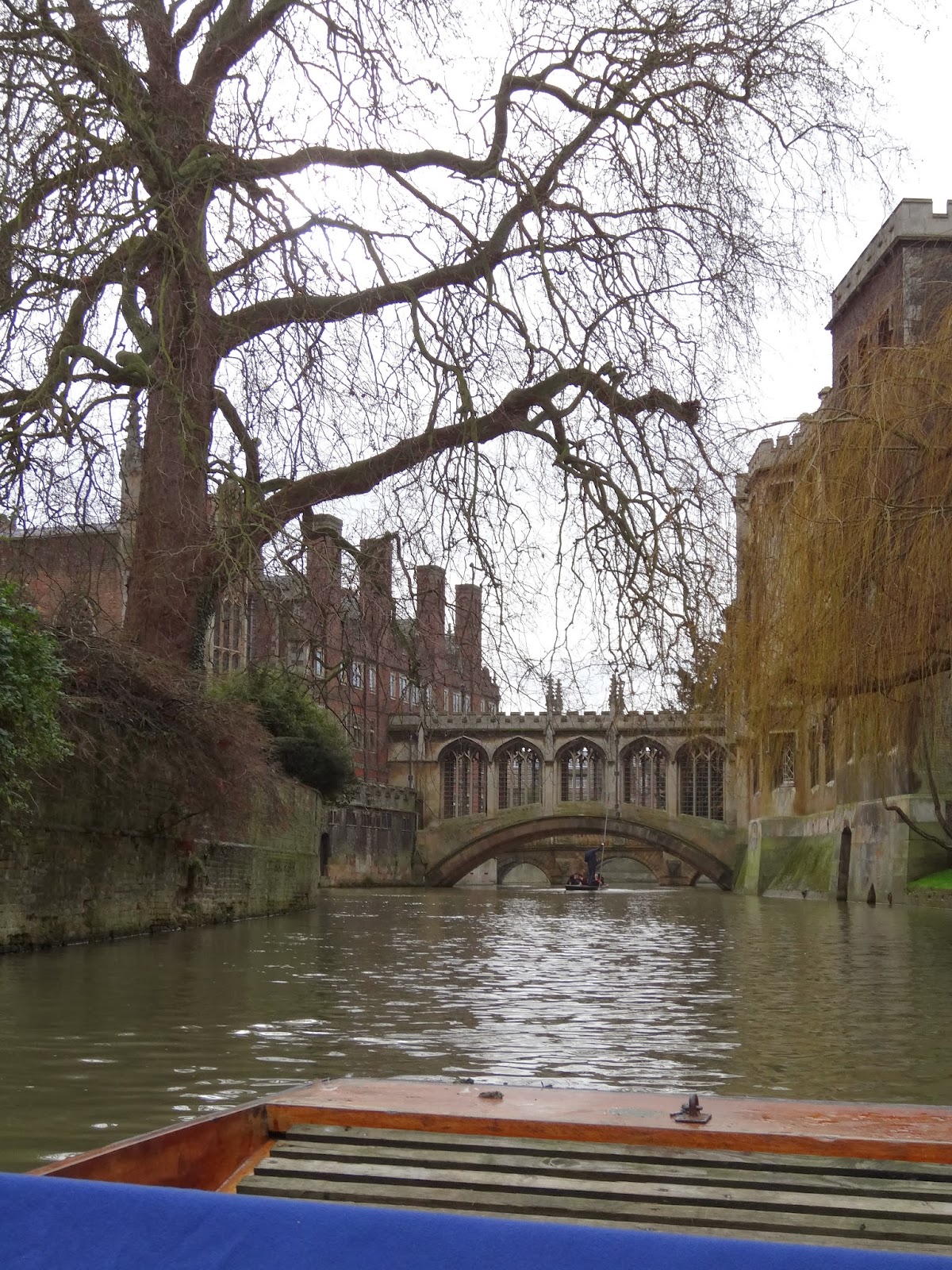 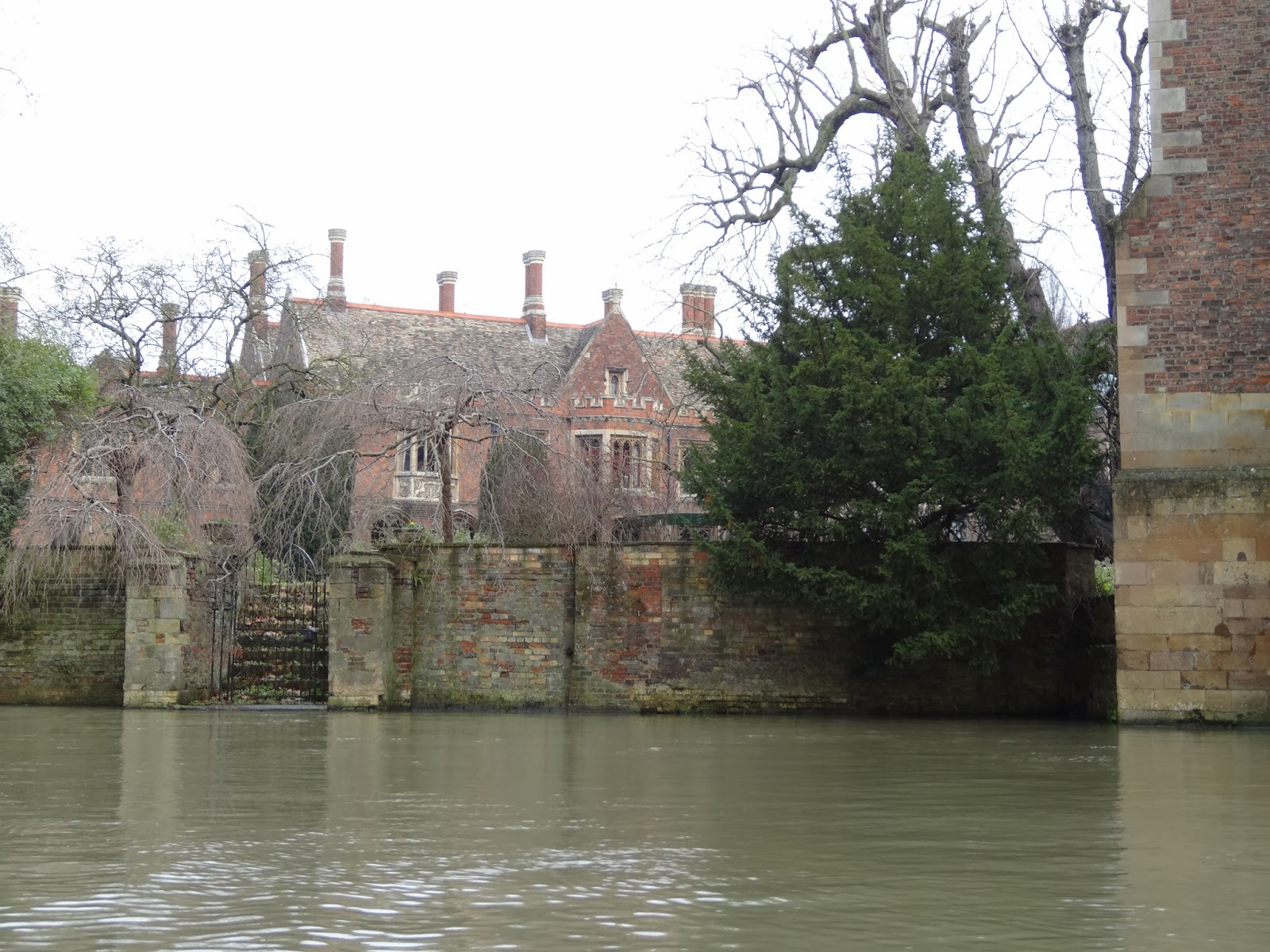 King's College Chapel, the chapel for King's College, started in 1446 and completed in 1531 (it spanned the rule of several kings and the War of the Roses). Once, again, the clever students admired the chapel and decided to hang a car engine from the spire on the right. The Dean was obviously not happy, especially when they contracted a scaffolding company  that took a week to construct the scaffold. But, on the evening before they were to finish the scaffolding, the 'clever' students, decided the engine belonged on the other spire! 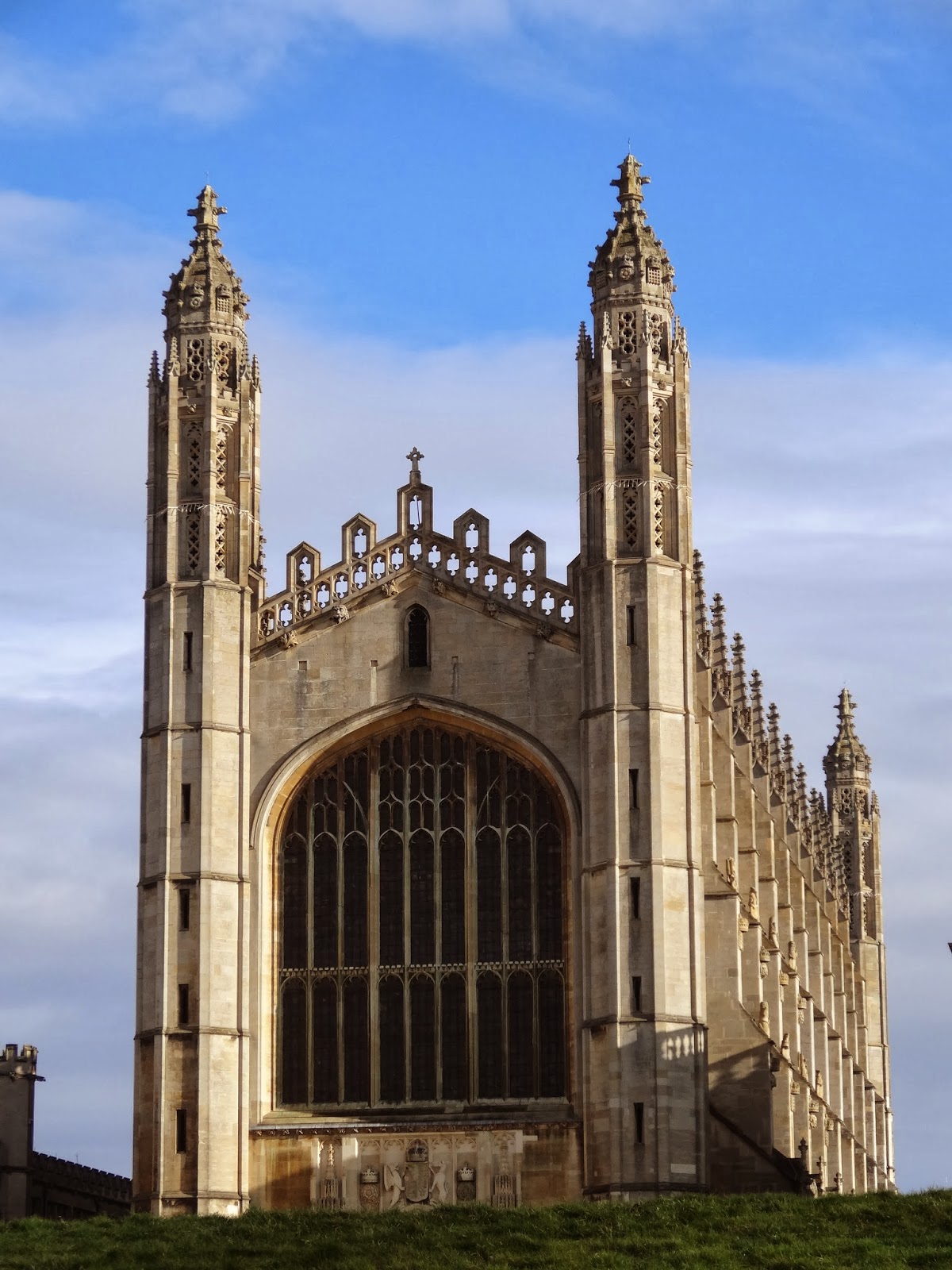 Being so clever, to the right of King's College is... Queen's College... 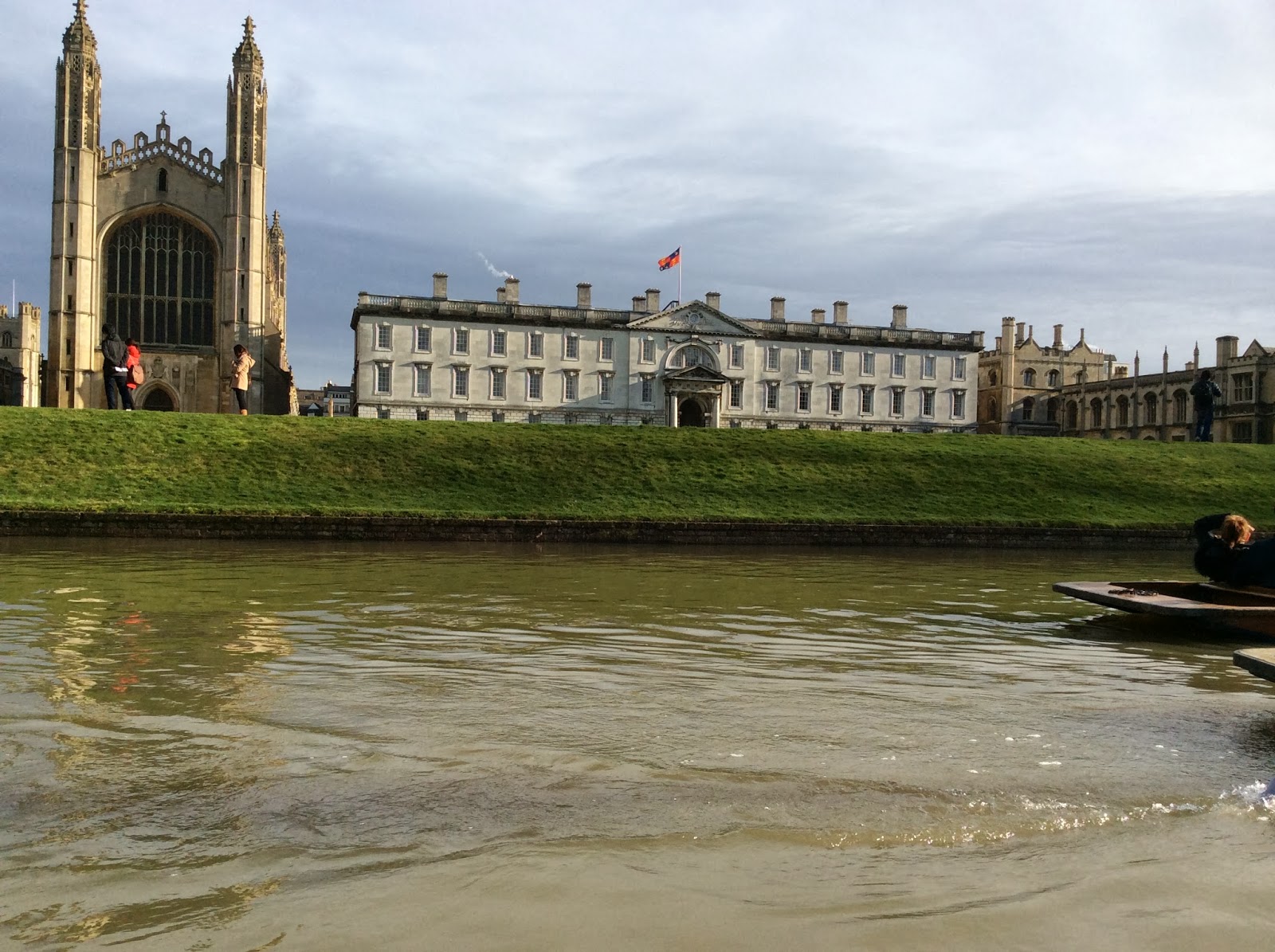 Mathematical Bridge, a wooden footbridge that connects both sides of Queen's College. Built in 1749 entirely from straight timbers, despite the arch. The bridge had to be re-built in 1905 when clever students thought they could disassemble the bridge and reconstruct it without nails or pegs... it didn't work. Maybe not so clever! 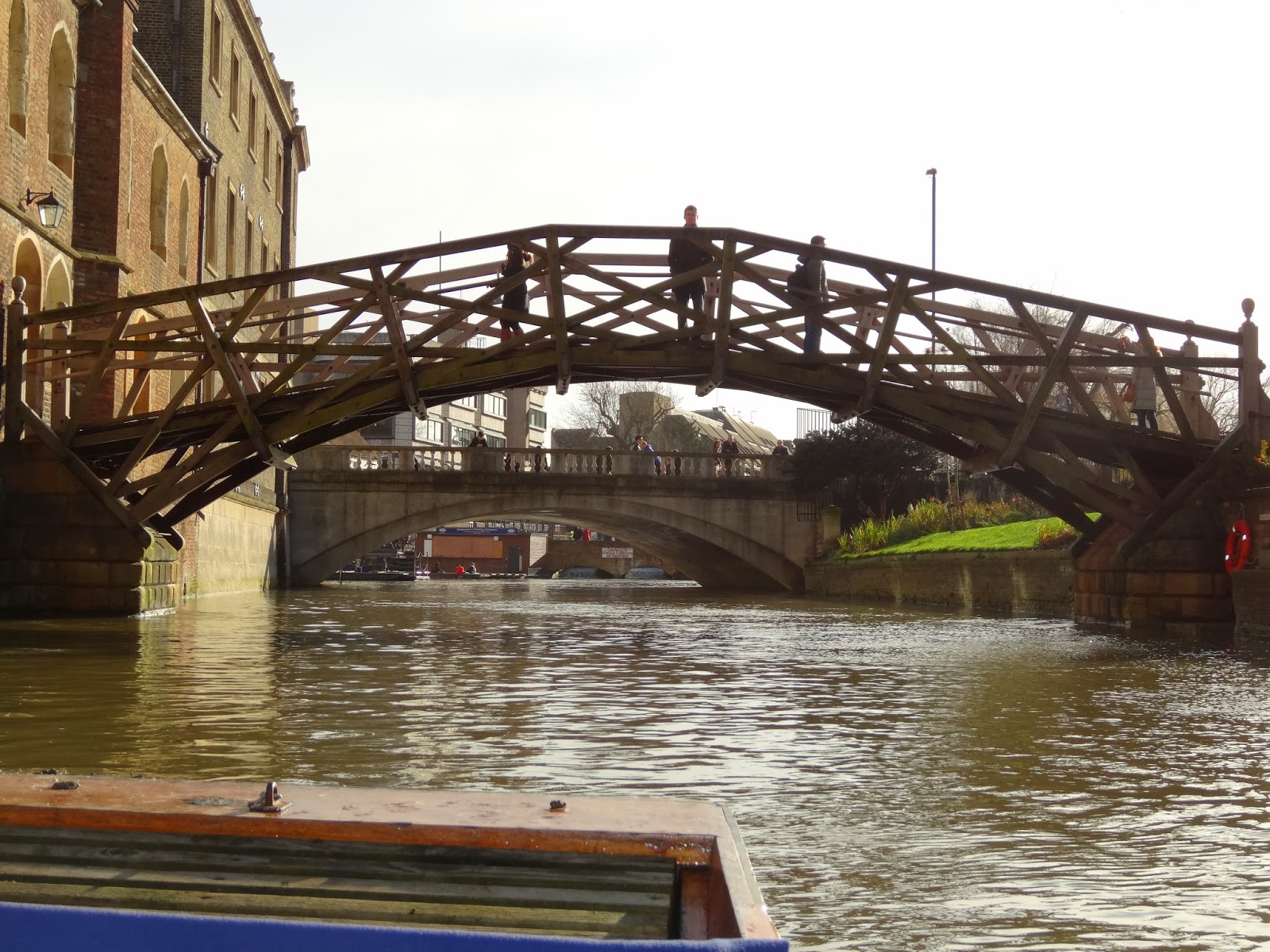 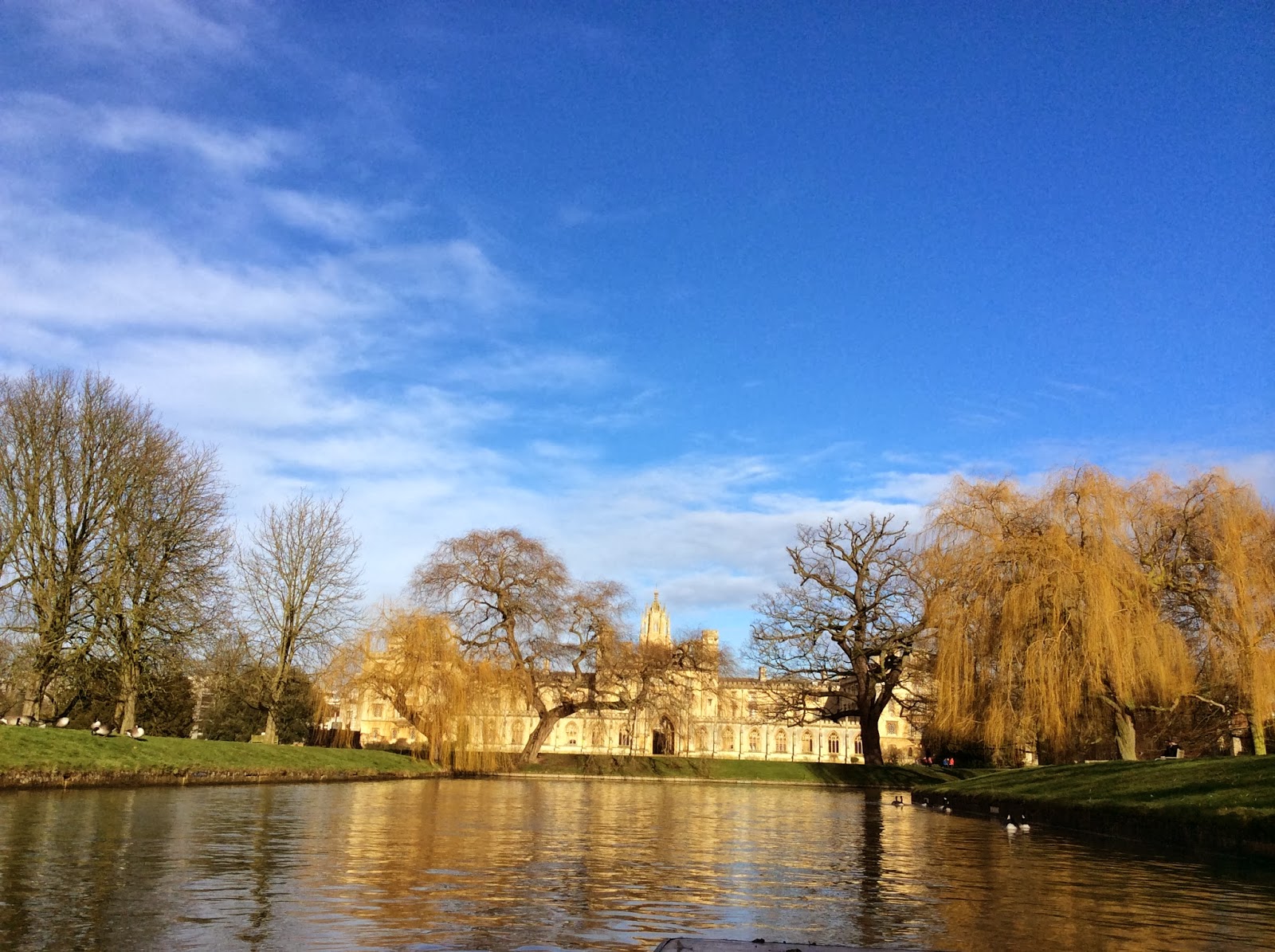 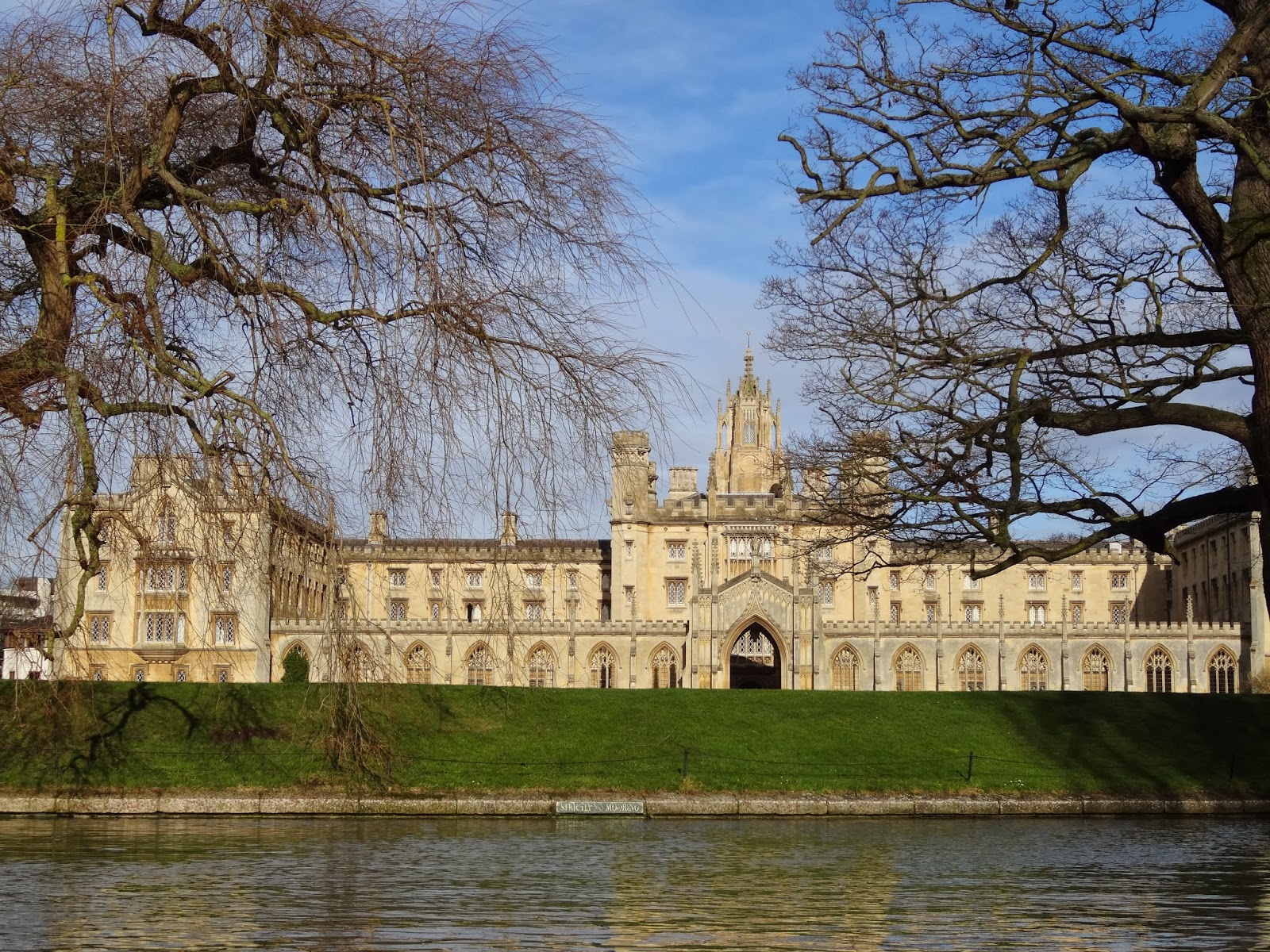 'Bridge of Sighs' connects 2 quadrangles of St. John's College. Since there is no glass, the wind blowing through the iron makes a 'sighing' sound. Historically, on 2 different occasions, 'clever' students dangled a car (1963 and again 1968) beneath the bridge. 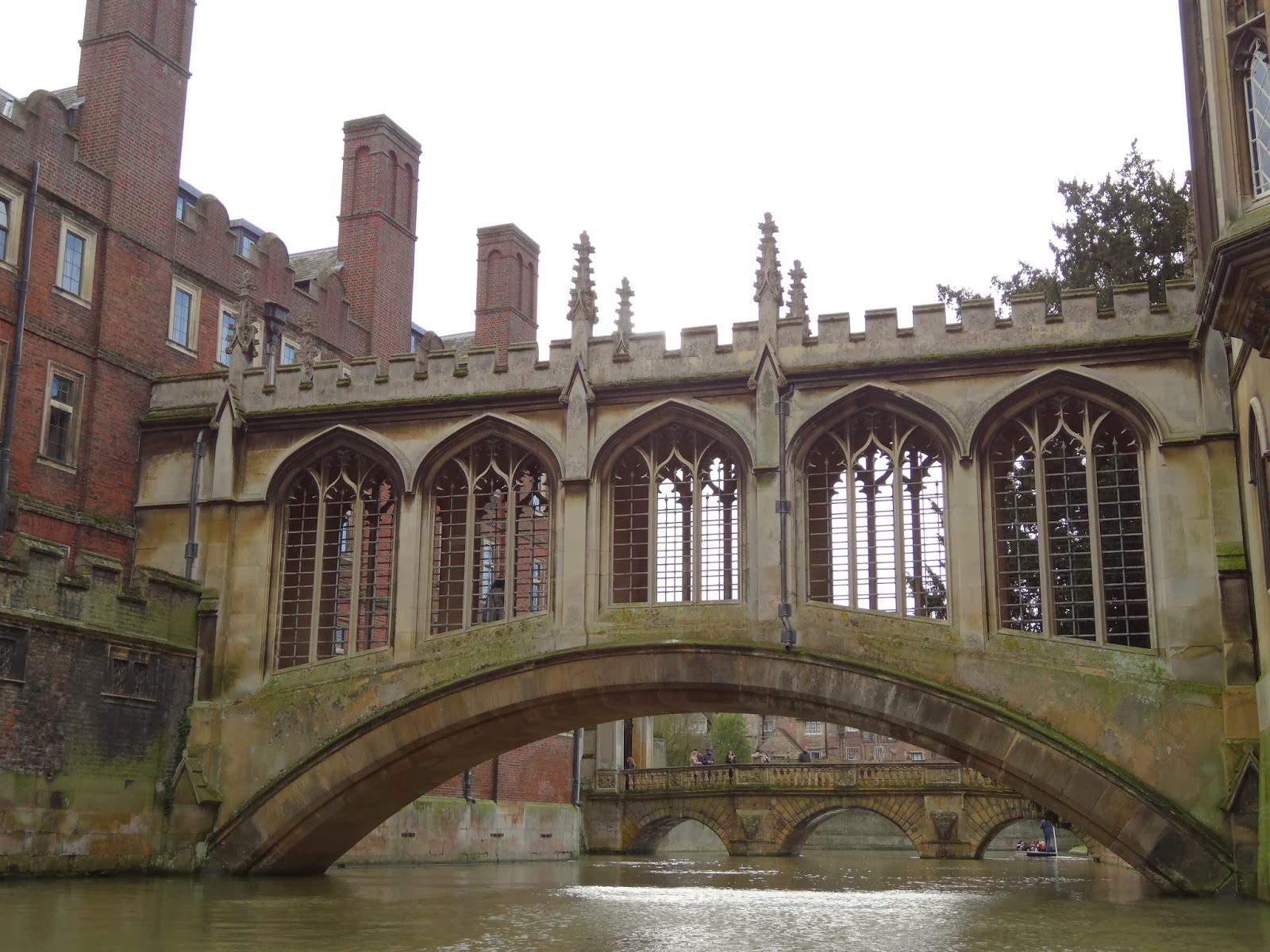 Sidney Sussex College Chapel... the College is a smaller college (about 350 undergraduate and <200 graduate). Oliver Cromwell (English military, political leader and while never king, actually ruled England in the 1650's as a military leader) was among the first students but did not graduate, though his head is buried in the chapel. 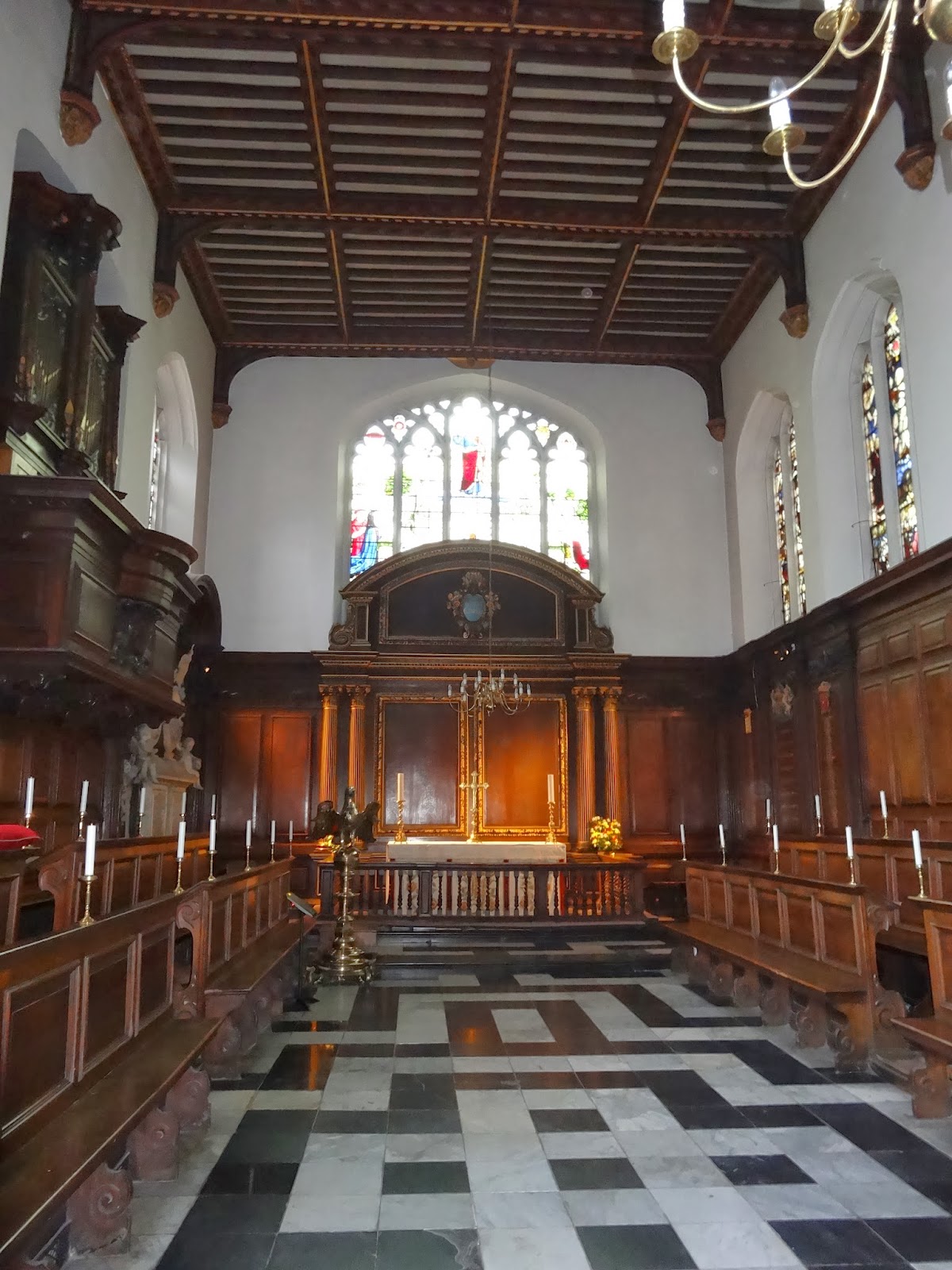 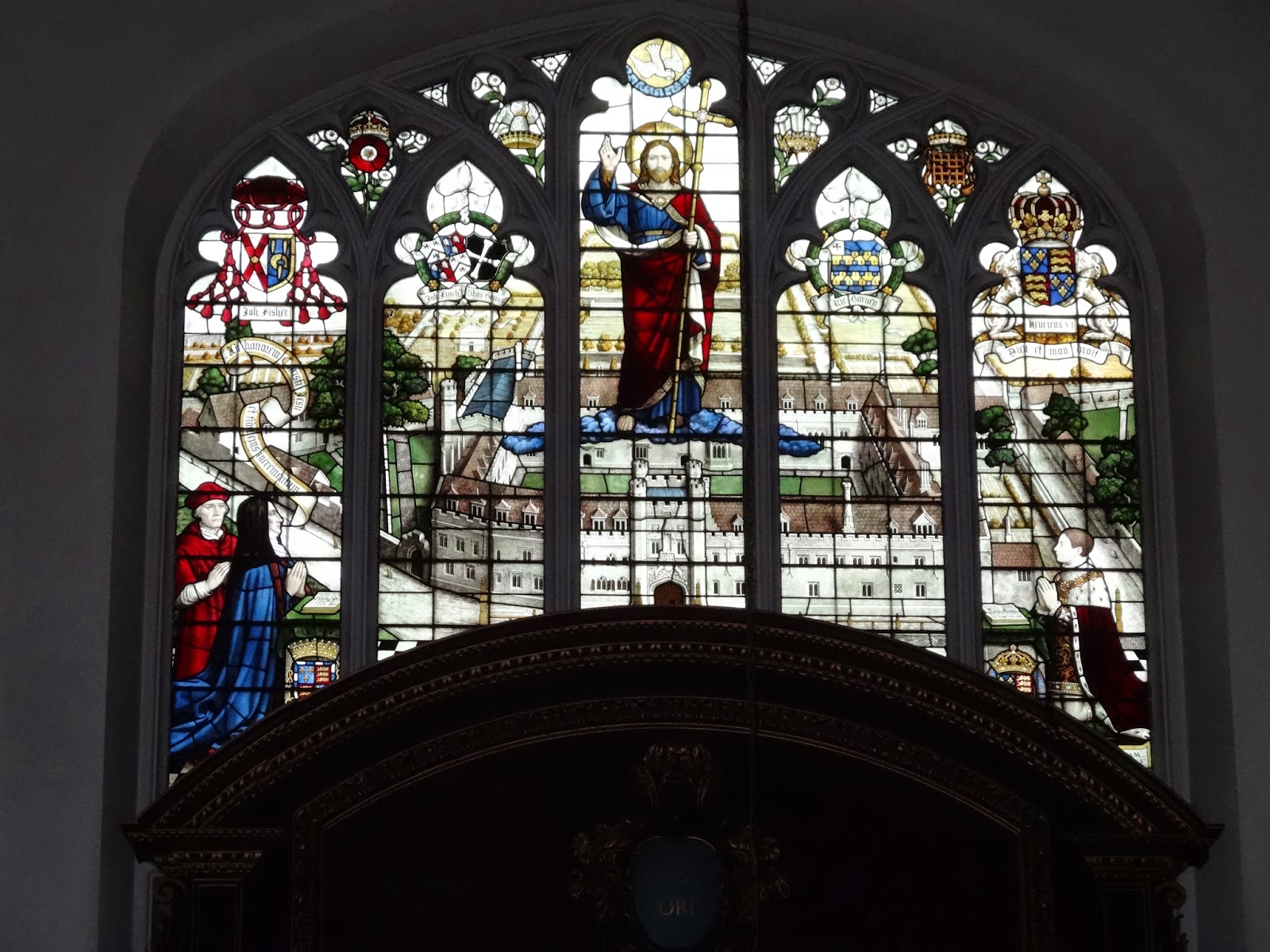 As the day progressed, the weather turned windy, cold and rain, sleet and snow. So we tucked into Bill's a wonder English restaurant that started in Lewes, East Sussex, on the Channel coast. Bill's is a combination grocery, casual coffee lounge and restaurant. 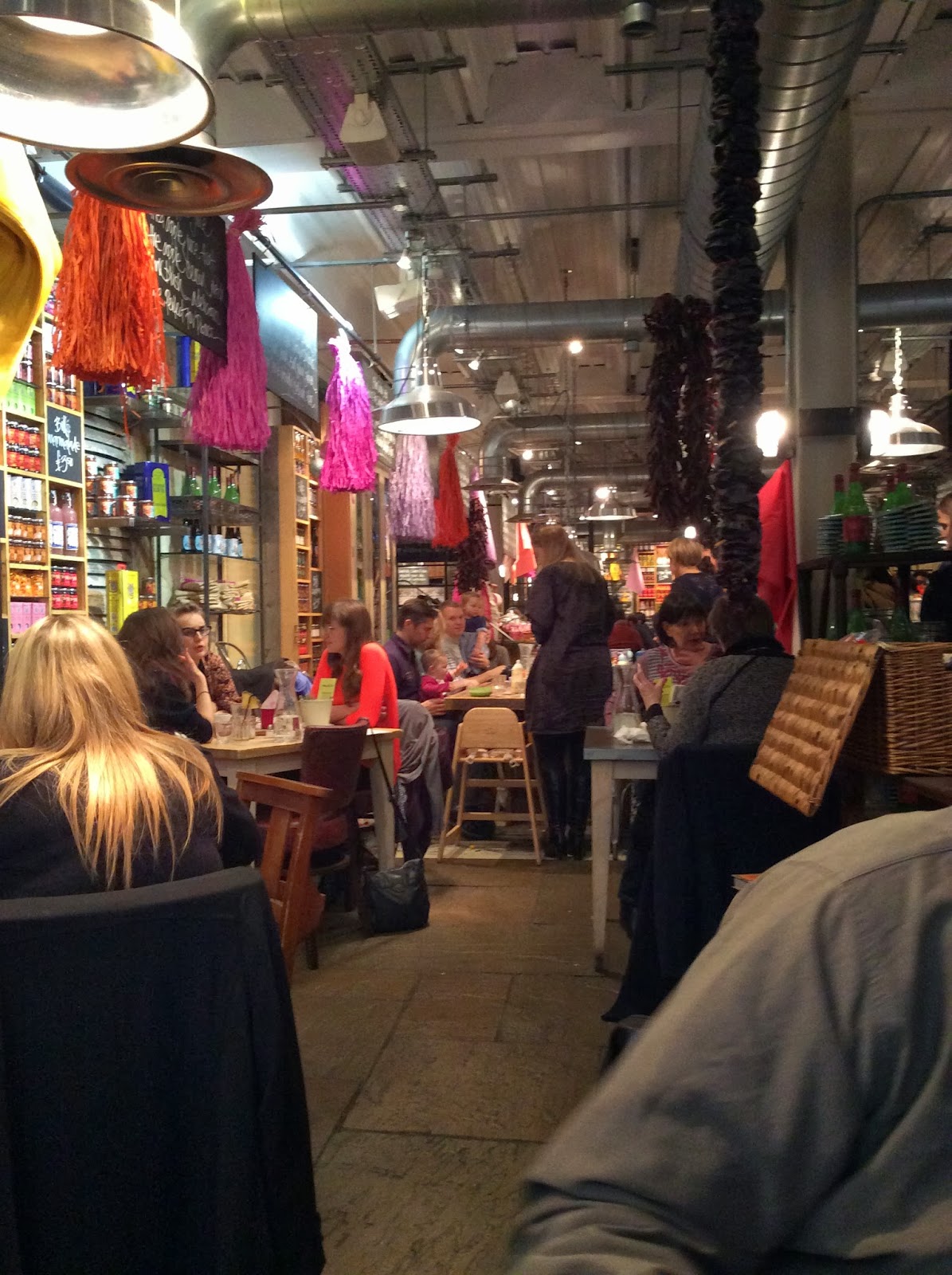 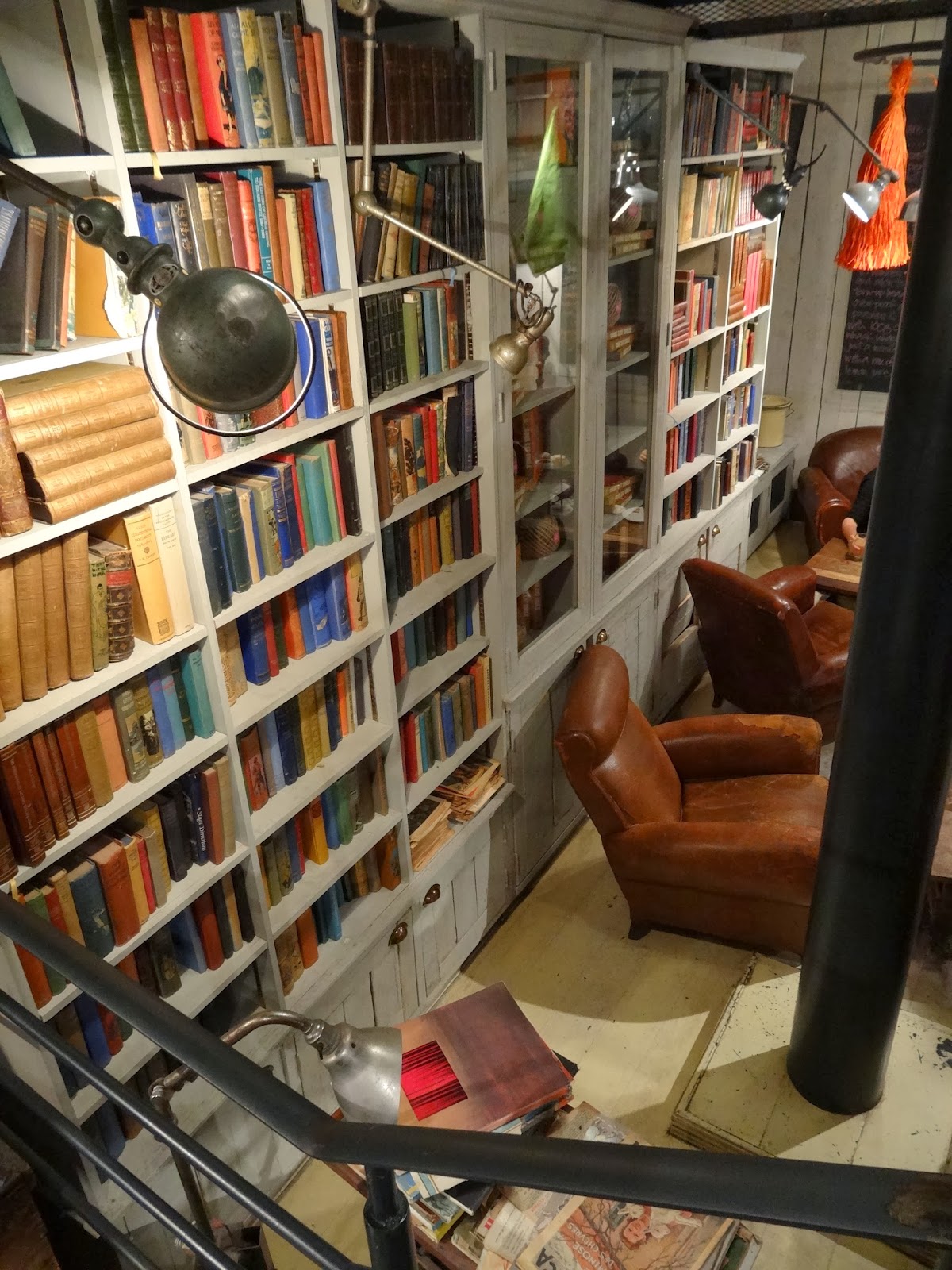 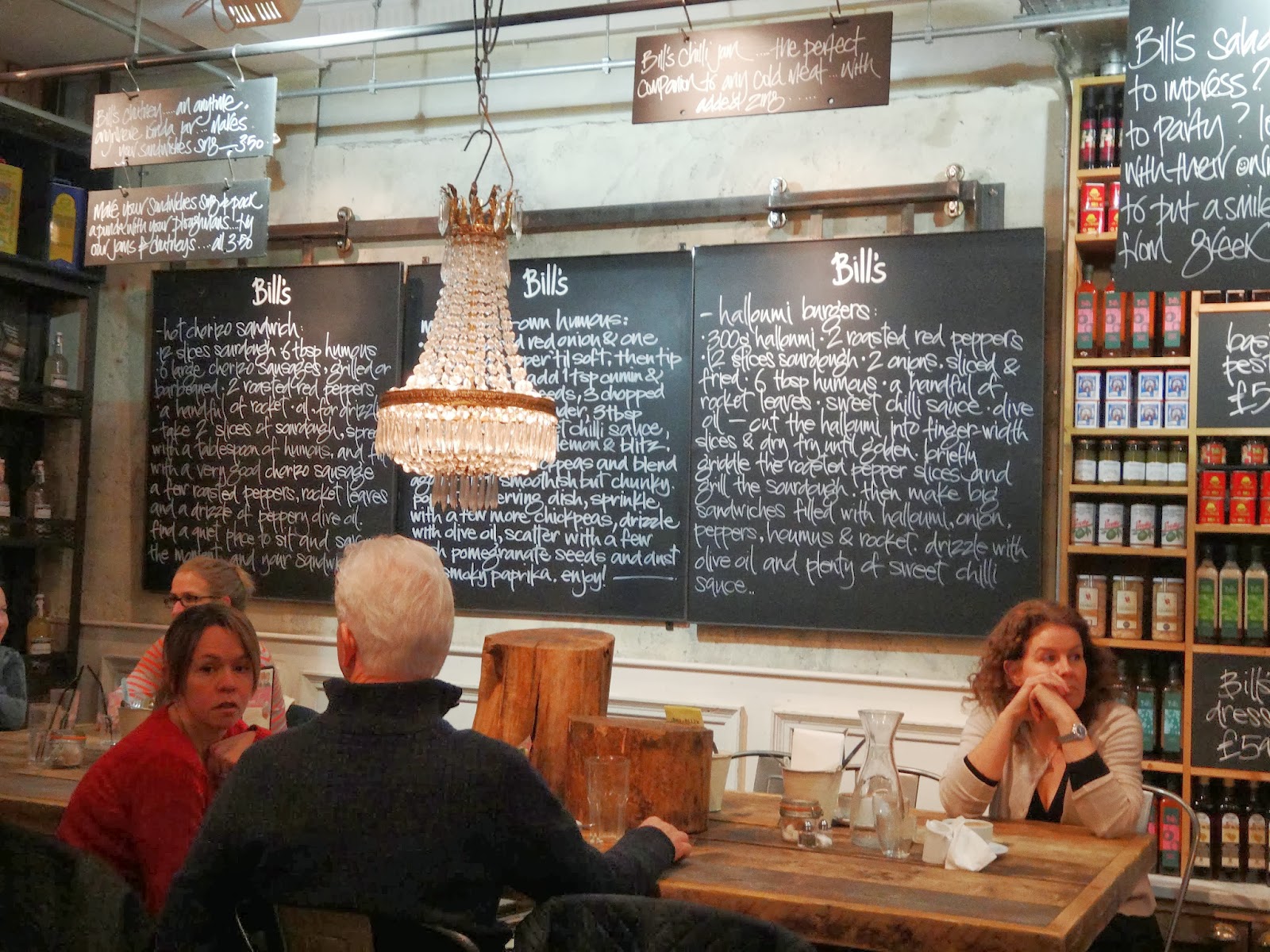 We enjoyed this appetizer tray... the Halloumi cheese was a favourite... 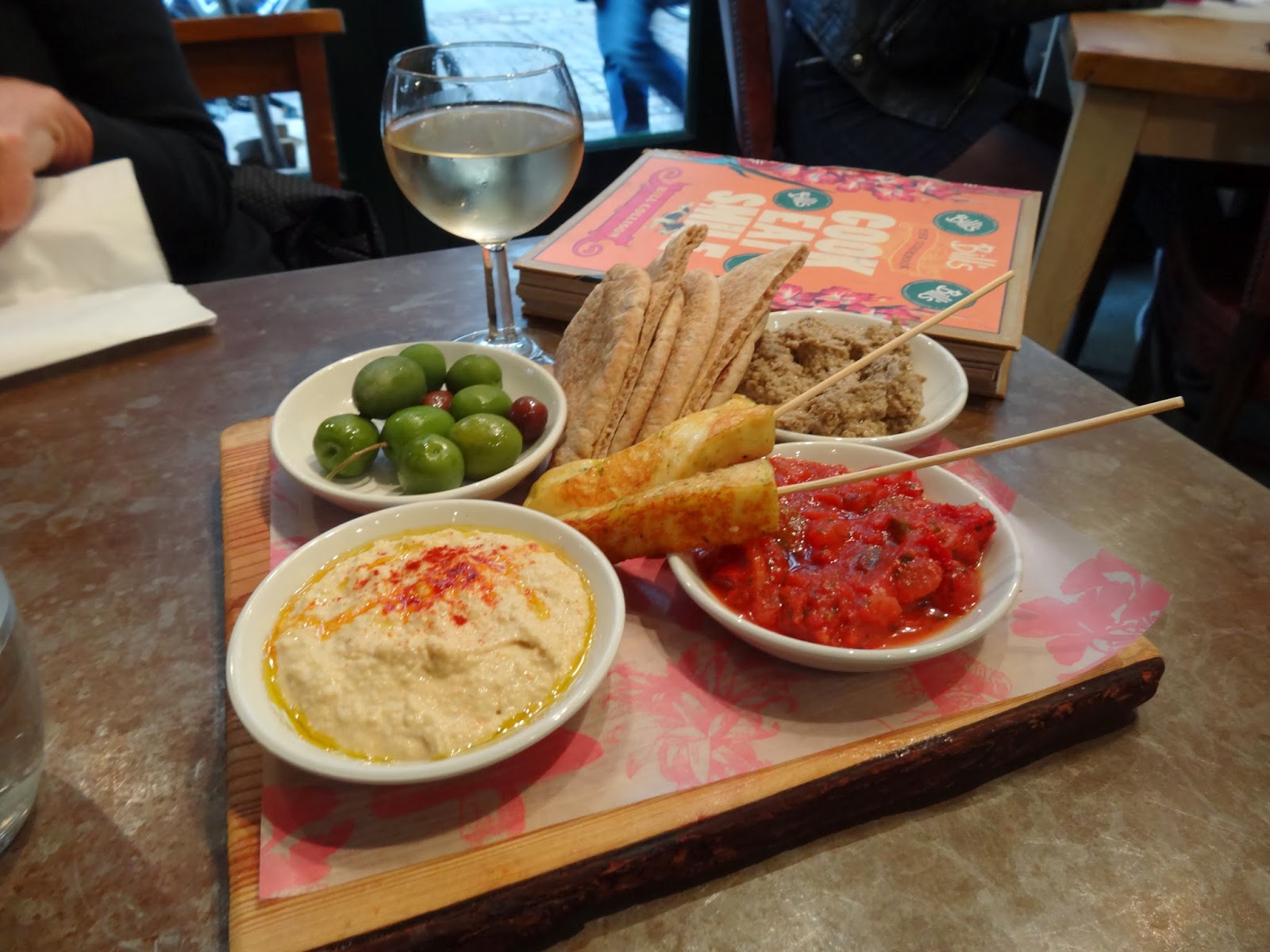 Other features at Bill's includes Crispy Duck Salad - duck is such a WONDERFUL dark meat and is very popular in England... too bad it is less favoured in the US. Other items included Duck Pie, Fish Pie, Chorizo Scotch Egg and Eton Mess (Mango, Passion Fruit folded through whipped cream, mascarpone and crushed meringue.

After a quick run to the train in the driving rain, a warm train ride back to London was delightful to recall our day out. 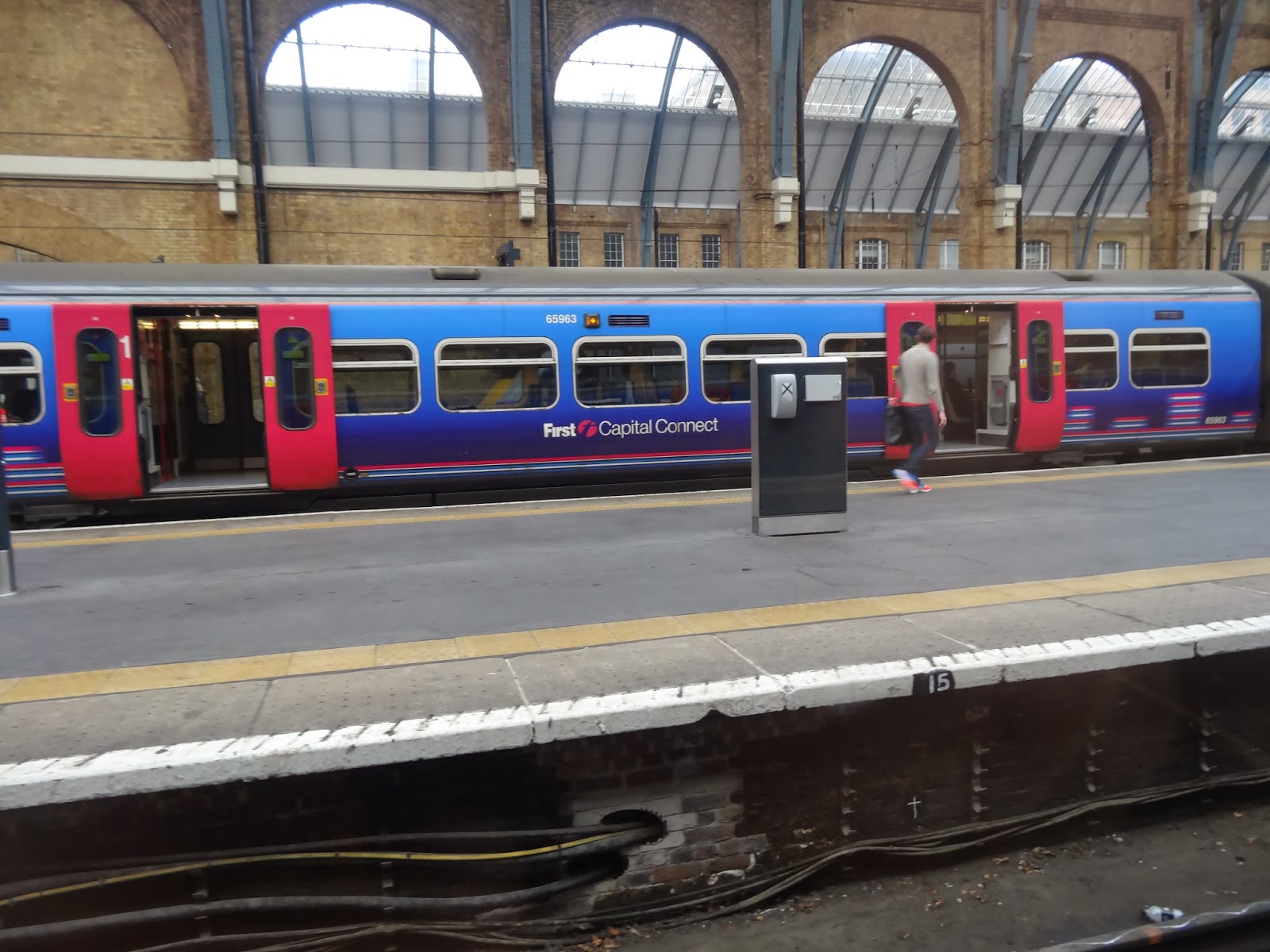 All this blog about bridges....and I am reminded of the "bridge" across the pond that  has kept Jackie and I in contact for over ten years....good old fashion post and email. How thankful I am for those bridges so that our friendship continues even with the huge Atlantic Ocean between us. Clever people creating "new bridges"!!!! Beth